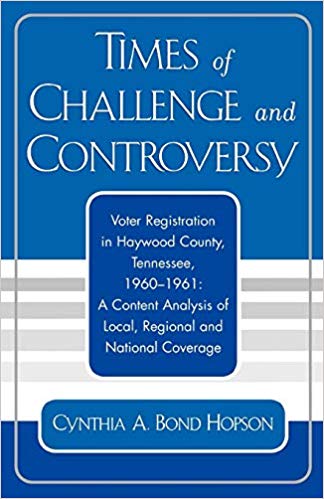 There are no reviews yet.

Be the first to review “Times of Challenge and Controversy: Voter Registration in Haywood County, Tennessee, 1960-1961” Cancel reply