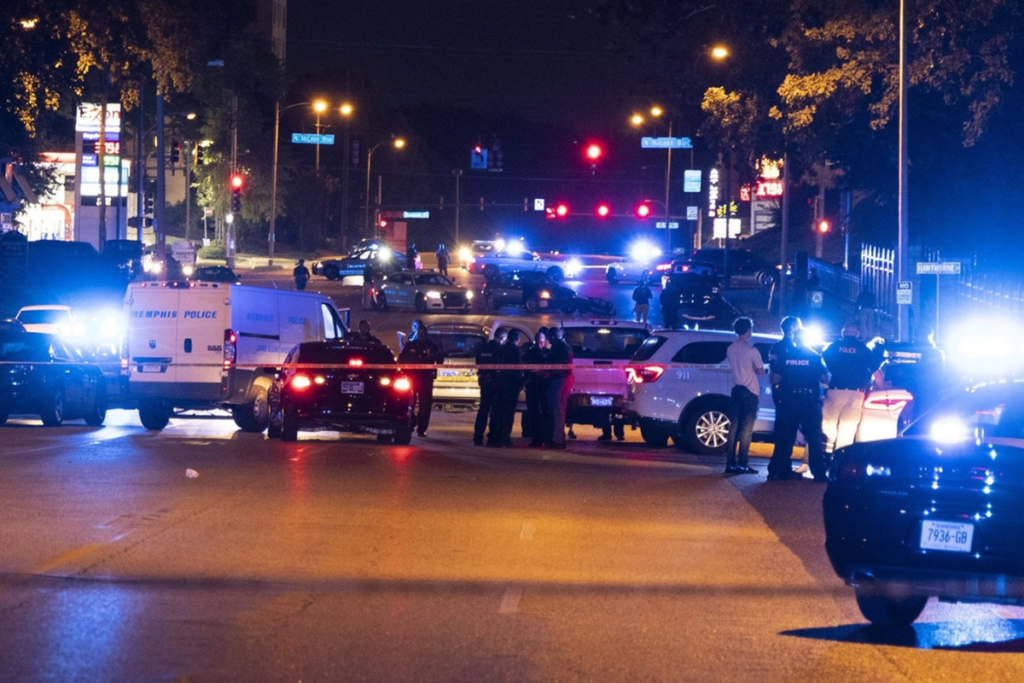 “Man on a shooting spree in Memphis, police say.” The headline scrawled across the television said it all, but I was busy with my shrimp and grits. My husband and I had joined colleagues for dinner Wednesday, and we were having a lovely time on the veranda of a midtown restaurant.

I stopped mid-bite and stared at the server in disbelief when he urgently said they were moving us inside because there was an active shooter in the area.

The “breaking news” coverage that interrupted regularly scheduled programming on all stations gave a play by play of the shooter, later identified as Ezekiel Kelly, who was one street over and randomly shooting people.

We hurriedly made our way inside and away from the windows as the manager locked the doors and herded us through the kitchen down into the cellar of the adjoining building. The uneventful, relaxed ambiance we basked in just moments before turned into a frightening, unfamiliar situation with strangers who were equally unnerved.

While the shooter wreaked havoc all over Memphis, I wondered how one man could literally shut down the whole city. Buses stopped running, people all across the city were strongly encouraged to shelter in place and stay off the streets, and nearby universities locked down their campuses before the alleged 19-year-old perpetrator was finally captured.

As I process what happened, I’m left with more questions than answers. I am alive and safe in my home now and thankful we didn’t go to the restaurant they originally considered —the restaurant where the shooter was spotted. I’m thankful for the strategic action of the management of our restaurant who reacted quickly to keep us safe and allowed us to shelter in place for hours until there was an arrest.

I’m thankful for the people who called in tips, but I wonder what prompted this young man to take this course of action that resulted in multiple injuries and four deaths shortly after a prominent teacher was abducted and killed? What has come of our communities that nowhere is safe from the carjackings, murders, robberies, break-ins, and random shootings?

What can we do to stem the violence, the hatred, the rhetoric that leads to attacks at the mall, the grocery store, the theater, schools, churches, the driveway at your home?

I’ve been walking without fear in my neighborhood, greeting folks walking their dogs and enjoying the moment but after last week’s abduction of the young mother and teacher, I’ve stopped and reassessed my movements. I refuse to live in fear but I see I must be more careful and vigilant until we can conquer some of this spontaneous rage and craziness that seems to permeate every corner and hamlet.

This week I was planning to rant and rave about the joy of Grandparents Day Sunday, and I planned to brag about my beautiful and smart grandchildren, (thankfully you’ve been spared) instead today I’m pleading with you to get more involved with children in your community and neighborhood schools. It doesn’t matter if you can’t diagram sentences (if they even still teach that) or balance equations, you can listen and encourage. You can hug, brag on, befriend, or simply be a friendly face a child can count on every week—you know, like Mee-maws and Pawpaws do.

I know it will take more than kindness and hugs to prevent troubled children from becoming active shooters or kidnappers, but today I’m willing to invest a little more time and energy to make the difference—to be the difference. The life we save may be our own.