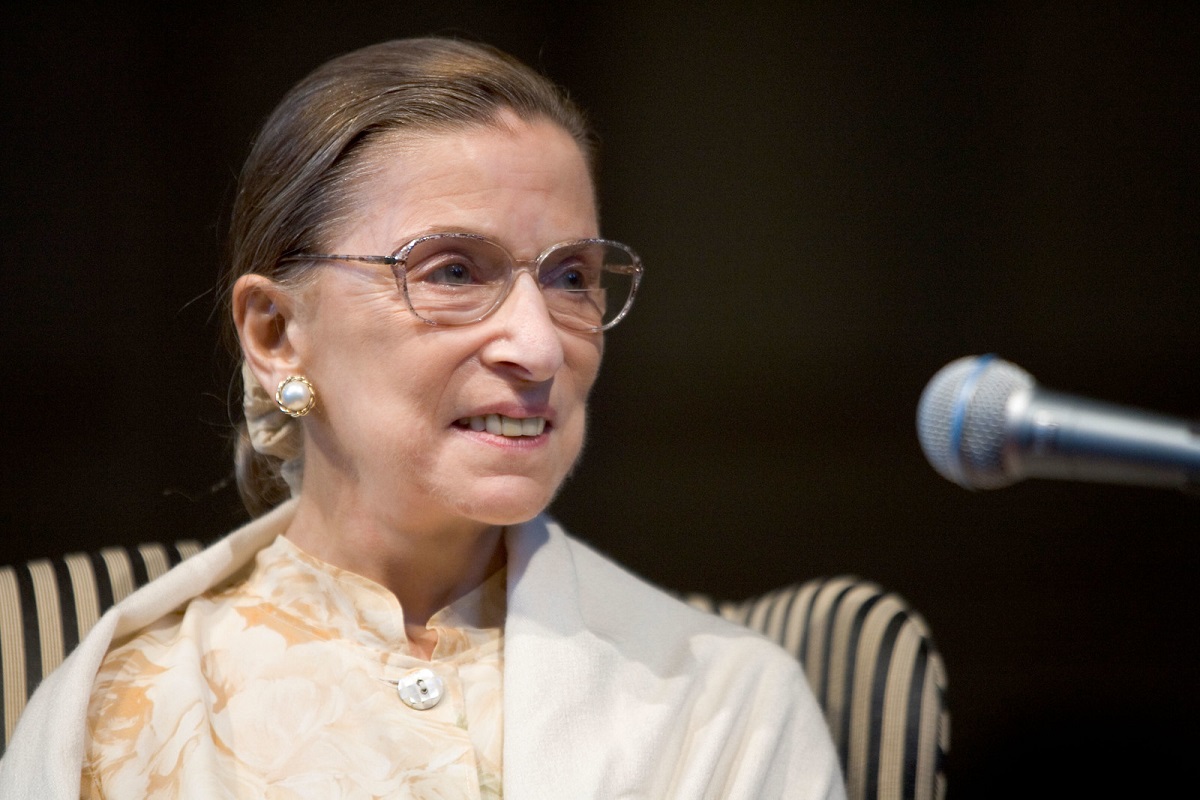 On a given day most of us don’t have to think about the U.S. Supreme Court and what the justices do every day, but when it matters, and when it comes to monumental impact on our dailiness, no other group of nine people is as important or influential.

Over time this august body has decided where we can go to school, who we can marry, how our illnesses will or will not be treated and covered, or whether we will be treated differently because of our gender. So, when it comes to who sits there, who will fight for equal rights under the law, for freedom and justice for every one of us, we are thankful for champions like the late Justice Joan Ruth Bader Ginsburg.

Thanks to this fierce woman who refused to give up or give in, most of us can move around unfettered and unmolested, and her legacy as a consensus builder, champion for civil and equal rights, a defender of a free press and an independent judiciary will be remembered long after she is laid to rest. If we’re not careful though, these jurists with a lifetime appointment will become just another partisan body shaped by power, uncomfortable ideologies, and extreme views.

I admit, I was hoping that Justice Ginsburg would live forever since her voice was one for equality for all, equal rights under the law, and strength to keep fighting the good fight. She seemed invincible and she’d cheated death on every other occasion, I prayed this time would be no different. I think her perseverance was fueled by sheer will not to die before she had her say about a replacement.

Her final wish was also mine—that no replacement be named until after the November 3 election. I find it almost impossible or unconscionable to fathom a selection, hearing, and confirmation during an election that’s technically already begun.

When the Court opens for the fall session, we must watch closely what’s on the agenda. As someone with pre-existing conditions, I pay much closer attention to insurance laws that might change rapidly. Many of the estimates say more than 29 million people would lose their health insurance if the Affordable Care Act is repealed. According to www.epi.org, this would more than double the number of people without health insurance and 1.2 million jobs would be lost—not just in health care but across the board.

Amidst this ever-changing, more deadly Coronavirus pandemic and other scary diseases, losing coverage or severely modifying it is a frightening prospect. After my husband and I had hospitalizations last year, here’s a true fact (don’t even get me started on false facts) all you need is a couple stays, and getting billed for your 20 percent, and you could still be in debt long after you forgot what was surgically removed.

Giving the Supreme Court a slant, bias, or a political agenda with a new justice now, is just plain wrong, any which way you turn it.

When President Obama needed to fill a Supreme Court vacancy in 2016, he was blocked in every direction because the Senate said the people should choose a president and the new (or old one if Mr. Trump is re-elected) president should have the right to nominate a new justice. The people still deserve the right to choose.

Justice Ginsburg has entrusted us not to squander her lifetime of sacrifice and grace, to honor the generations to come, to do what’s right, and uphold her high standards. We won’t let her down.

Do you agree with the fact that Justice Ginsburg’s legacy is implanted into our everyday life? I would love to hear from you at #drbondhopson on Twitter and Facebook!