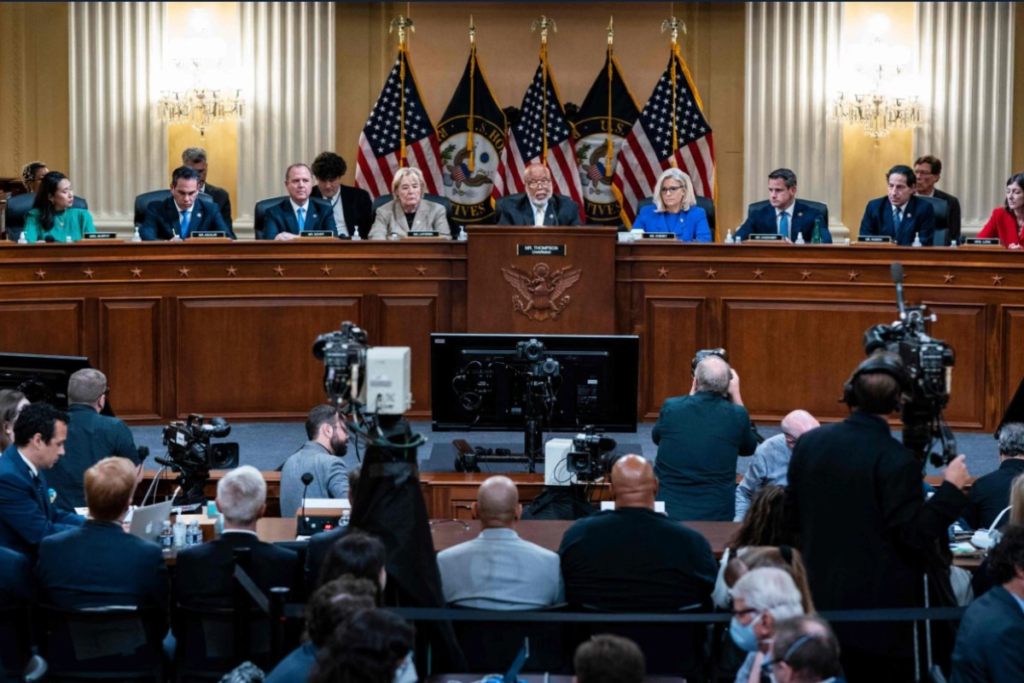 I will be in front of my television when the January 6 hearings begin, and I intend to stay until they end so I k, now for myself “who knew what and when.” I watched in horror as groups—I’m not calling them insurrectionists, —converged on “sacred space” with what I call less-than-honorable intentions.

I’m being careful with the language because much of what we’ve heard is problematic. Using certain words—“stormed,” “overthrow the government,” and “insurrection”—is like waving a red flag in front of a raging bull. I’m struggling with, and searching for, words that convey what actually happened without making bad matters worse.

I’ve put January 6th with November 22, 1963, April 4, 1968, and September 11, 2001–dates that I remember and think about when all around me descends into chaos. I had just had my eighth birthday two days before the Kennedy assassination, was 12 when Dr. King was assassinated, and was a working adult in 2001 when our country was attacked.

I want to call January 6, 2021, like President Franklin Roosevelt called December 7, 1941—”a day which will live in infamy,” but the Internet says “infamy” refers to evil and supreme disgrace. It felt like both whether I call them  that or not—therefore, I’ll watch the hearings before I make snap judgments about intent, execution, and prosecution.

I’ve tried but failed to erase the images of angry, armed crowds banging on the doors and windows, pushing past barriers, tearing things up, and hunting lawmakers as police officers risked their lives to protect them.

I’ve often wanted to take do-nothing-but-bicker-lawmakers to the woodshed myself, but I refrained, however, the crowds that descended on the Capitol January 6 seemed hellbent to have their way. I held my breath as police officers whisked legislators, staffers, and Vice President Pence and his family away. When we think about what almost happened to our democracy, I think many of us are still holding our breath.

Here’s what I know: every vote must count and be counted. Period. Election officials cannot make the results say what they want them to say, no matter how much we/they dislike the results. To “find” votes, change or create a new and alternate narrative about who did or didn’t vote, what and who they voted for must never be in question.

Changing or redrawing districts to make outcomes more favorable to a particular party, lying and scheming about the opposing candidate’s position, downright misrepresentation of ideas is WRONG on every level.

When citizens intimidate and harass, disenfranchise or destroy, when they refuse to believe facts even after they’ve been proven over and over, like the classic movie line from Apollo 13, “Houston, we have a problem.”

Gas and food are too high to buy, babies are hungry, families are torn asunder from grief, separation, immigration, and disease, we can barely trust our government—we don’t have time to twiddle our thumbs and wring our hands.

The people who are responsible for January 6—every single person, should be held accountable and every effort put in place to make sure this never happens again. Then, and only then, can we take the high road and be one nation under God, indivisible, with liberty and justice for all.

Listen now »
PrevPreviousA Lot Less Talk, More Action May Save Us, The Children
NextWhat Will History Say About Us? Let’s Hope It’s Good…Next