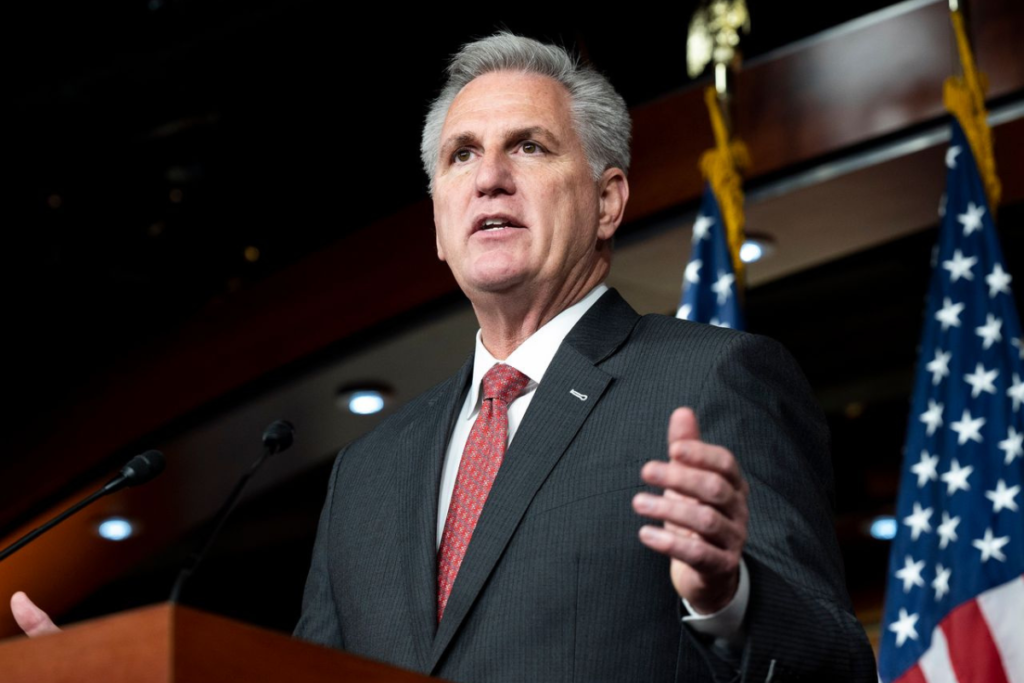 I’ve won every election I entered—two 400 years ago, before computers—and I understood going in that there was a chance I’d lose. I planned to win but had no plan for losing. Obviously neither does House Speaker wannabe Kevin McCarthy.

For the first time in modern history a new speaker wasn’t elected in a timely fashion so the world of politics could move along at its usual snail’s pace. Today I have three simple questions surrounding this “no speaker has been elected” stalemate: after three or four days of rejection, how much plainer can it be that Mr. McCarthy may not be the man with/ for the plan?

Second, how effective can he be in moving the Republican agenda forward if he can’t corral enough votes to get started? Third, when will we, the people, come up with a better way to run our country?

Every time we turn around it’s election season again and these “elected officials” are either campaigning or trying to do something impressive enough to get re-elected. Two years is barely enough time to find the chamber restroom much less fully understand how government works.

I don’t know if the six-year terms served by senators is enough, too much, or just right, but we need serious conversation around the length of House terms. I’m guessing with all the research and committees investigating stuff, SOMEBODY ought to already know and be working on what an ideal term looks like.

Am I the only person who didn’t realize that without a speaker, nothing else can go forth? Committee assignments/oversight/clearances, staffers may get paid late, new members can’t be sworn in—Houston, we have a problem. The promised Republican-led investigations are not nearly as important as getting folks in place so they can do what we’re paying them to do.
Like I said, it shouldn’t take 25 or 30 votes to say Mr. McCarthy, we don’t want you to lead us. Is he the least despicable of the despicables? It looks like he’s offering backroom deals and making promises while his hardline opponents are holding democracy hostage like Democrats Joe Manchin and Kyrsten Sinema did last year with the Biden agenda.

Let’s be clear, I want leaders who fight for their constituents and stand up for/by their principles. I want politicians to put people before party. We, the people, have to be the priority, but when one or two people hold up progress, it starts to look like it’s about the other p-power, not people.

Over the next year much must be discussed and decided—immigration, debt levels, energy, global warming, who goes to jail and who gets to stay home—a million important things that affect and effect our dailiness. We need all hands on deck, pulling in the same direction, working to make our world more peaceful, verdant, and just.

The last thing we need is a House Speaker who has compromised and negotiated most of his power away to get elected and then has no power to run an agenda. Mr. McCarthy must earn the respect of those he wants to lead through honesty, integrity, fairness, humility, and sensitivity. Is it too late for him to do that? Only time will tell.

Mr. McCarthy may need to take a good long look inside himself and realize that like fine wine, he may not be ready. This would be a hard pill for him to swallow but 20 years from now he may do a lil’ holy dance and thank God that he dodged this bullet. We shall see.