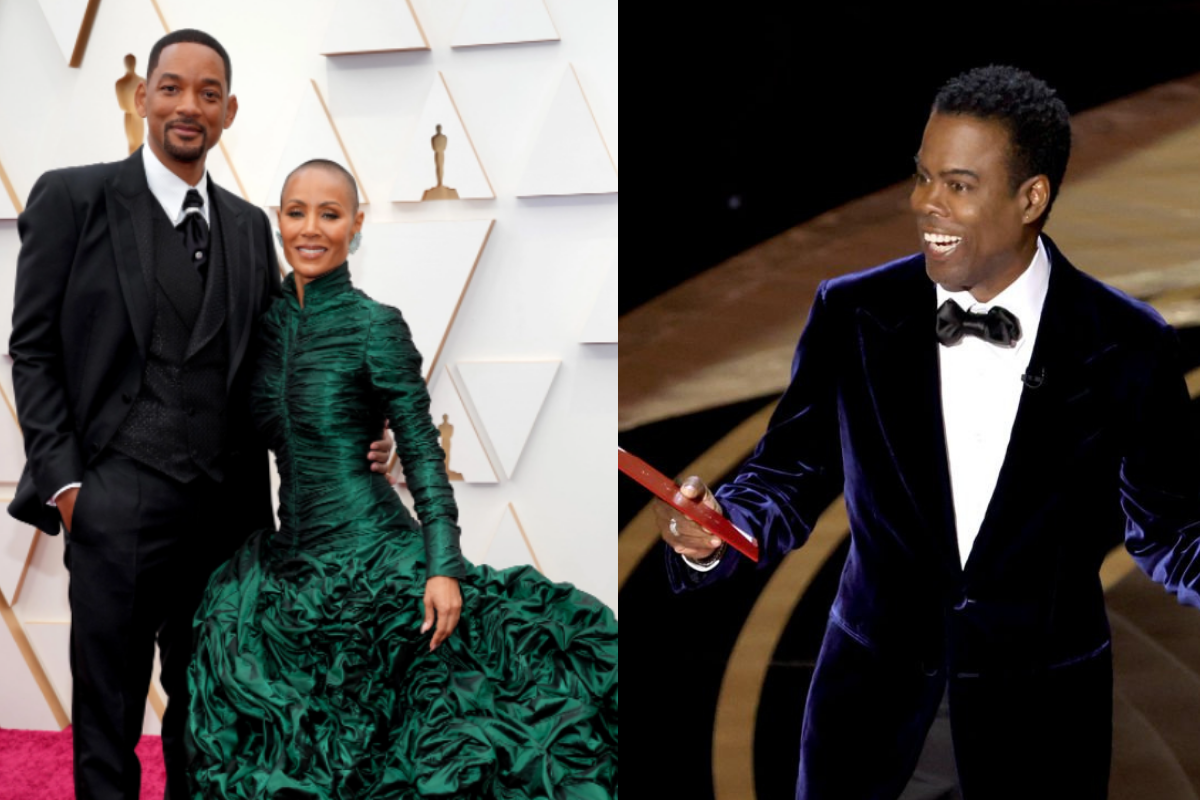 Every time I think I know what I’m thinking about the now infamous Oscar slap last week, something else comes along and I get a different perspective to consider. In case you’ve been living under a rock for the past week, the Academy Award for Best actor went to Will Smith minutes after he walked on stage and smacked comedian Chris Rock in the face.

Like everybody else, I thought it was a joke—you sit in the front row at a comedy show, you become show material. Smith seemed to enjoy the joke, got up from his seat and walked up to Rock and slapped him in the face. He strolled back to his seat and began shouting expletives at Rock who said he just got an expletive slapped out of him.

What happened next is where I’m trying to decide what to say or what to think. Like I said, when you sit in anything that looks like the line of vision for a comedian, expect to become the butt of the joke. Will and Jada Pinkett Smith were in place to be picked on though I’ve never ever seen a comedian physically attacked even when getting slapped might/should have been the outcome.

I am amazed and grateful that Chris Rock recovered and reacted in a way that kept a tough situation from escalating. Had he done anything differently—given Smith a dose of his own medicine or gotten into a verbal sparring—things would have escalated quickly. Instead, Rock tried to explain/apologize and keep the show moving.

Yes, I think Smith should have been removed, and yes, I understand he was defending his wife’s honor, but no, it was uncool to handle his “family love” in this physical way. Smith’s action cast a pall over the remainder of the show and his win minutes later seemed anticlimactic. When he made his acceptance speech and apologized to everybody but Rock, he missed a perfect opportunity to atone for his bad behavior.

The  apology to Chris Rock the next day seemed late and anticlimactic. Further, his subsequent resignation from the Academy also seemed appropriate amidst accounts that when asked to leave the ceremony, he allegedly refused.

After changing my mind every other day, here’s what I think I’m thinking:

(1) I don’t think Chris Rock knew about the alopecia. I didn’t. I thought she was simply trying out a new look and she was even more beautiful with it.

(2) Rock was affirmative amidst the joke, but I suspect he and others will be more careful in the days ahead when it comes to what may be deemed sensitive subjects. He was a gentleman in every sense of the word for not joining Smith in the bad behavior.

(3) Smith’s two apologies and subsequent resignation were important. I think his earlier performance in Six Degrees of Separation was one of his finest and while he should have gotten a nomination for that, he should keep this coveted treasure. According to the Academy’s membership, he earned it and though he behaved badly, that  fact remains. Having him arrested at this late date won’t hurt him nearly as much as the negativity swirling in public and social media comments.

(4) This incident could be a lesson for the rest of us who sometimes forget that actions have consequences and making good choices is a full-time job, not a movie role.

(5) Like peers Bradley Cooper, Denzel Washington, and Tyler Perry, they held him and held him accountable—now that’s a performance worth watching.