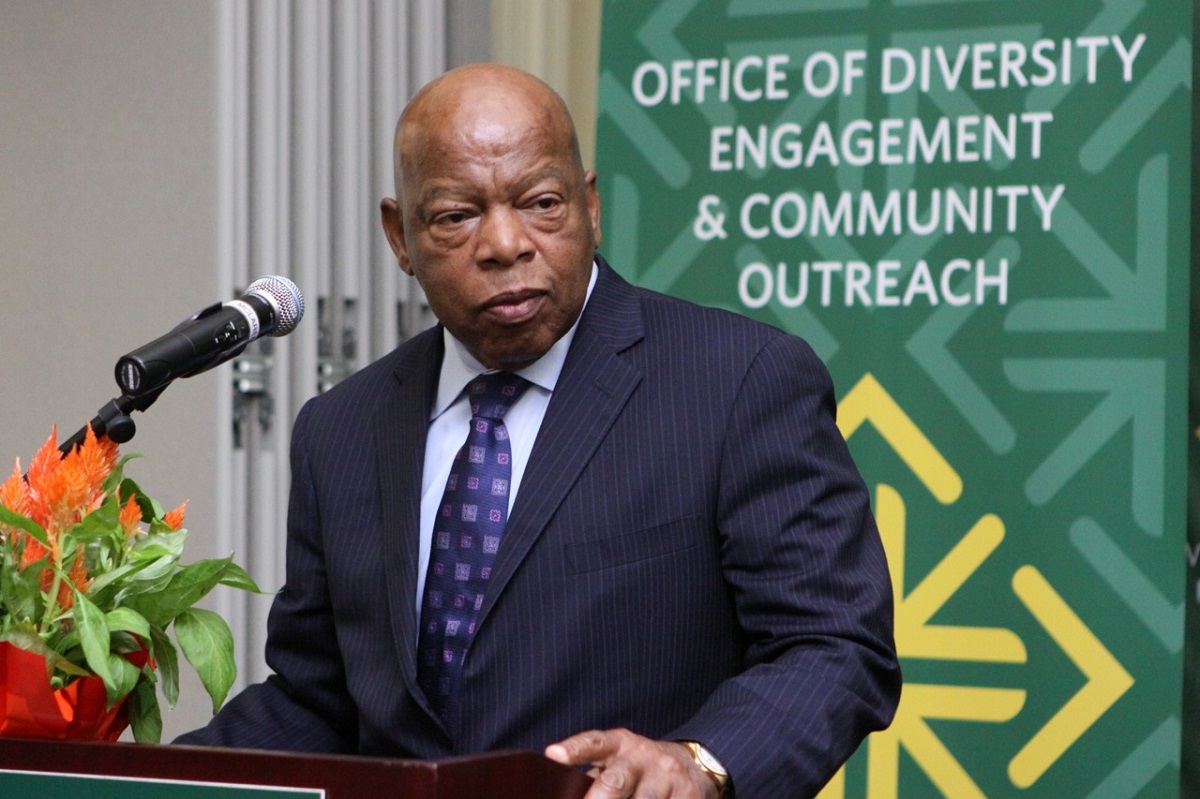 I am reluctant to affix labels on people, but Congressman John Lewis seems to have earned the ones I’ve heard associated with him since his death on July 17th. Considered the moral conscience of the Congress, he’s been called a fearless and tireless advocate for freedom and justice, and a man who was often surrounded by chaos but chose to be better and not bitter.

I don’t ever remember a time when he wasn’t a part of my history, America’s history, African American history, the fabric of who we are. The pictures of him being beaten on the Edmund Pettis Bridge on Bloody Sunday in 1965 are seared in my brain. I’ve been in the same space with him at least three times and when he was asked about that historic event, he repeated his commitment to leave behind a better world than he inherited, to do all he could to make a difference, to be the difference.

I watched the clip of his March on Washington speech from 1963 when he spoke of events that sound much like today. At 23, he was powerful and passionate and stressed that the time for patience was over.

“We want our freedom and we want it now,” he declared.

Late last year when he announced his stage four pancreatic cancer, not long after the death of Congressman Elijah Cummings, a man he was often compared to and mistaken for, I prayed that he would triumph over this deadly disease because our legislatures need more people like him, like them. Not perfect people by any means, but those who understand that freedom isn’t free but is forged through advocacy, struggle, and commitment.

Congressman Lewis encouraged us to be hopeful and optimistic and even in his last days, he still was. He urged us to not become bitter or hostile and to never ever be afraid to make noise and get in good trouble, necessary trouble. Right now, our nation seems to be in trouble, not the good kind—whether it’s necessary is still up for debate but now is the time to stand up and be counted.

John Lewis lived a life of advocacy and worked to make us and the world better. So did his friend and associate, Rev. C. T. Vivian, one of the last members of the Martin Luther King inner circle, who also died on the same day. These men seized a moment in time and served a cause bigger than themselves. Now the questions remain: what will we do? What will be our legacy?

Building a world where all people are treated with dignity and respect takes many hands, hearts, and voices. Will we use ours? Speaking truth to power means asking tough questions until there are answers that make sense and that move the needle from the far ends to the middle where everyone is included. Will we put our personal agendas on the back burner and fight for the children, the poor, the homeless, the disenfranchised? For dignity, honor, integrity, and empowerment? Will we share ourselves and our resources?

I don’t have the answers but four-year-old Avery King Hopson, our only great-grandbaby, deserves not just answers but he deserves a world where he can live free, where he can grow into manhood and live his dreams. Your generations deserve that, too.

Congressman Lewis, Rev. Vivian, our local heroes and heroines, all have been tireless advocates for freedom and justice. We must not let their legacy of love, hope, and empowerment be interred with their bones. Let us fight on.

What are your thoughts on justice, equality and love for mankind? I am all ears at #drbondhopson on Twitter and Facebook!