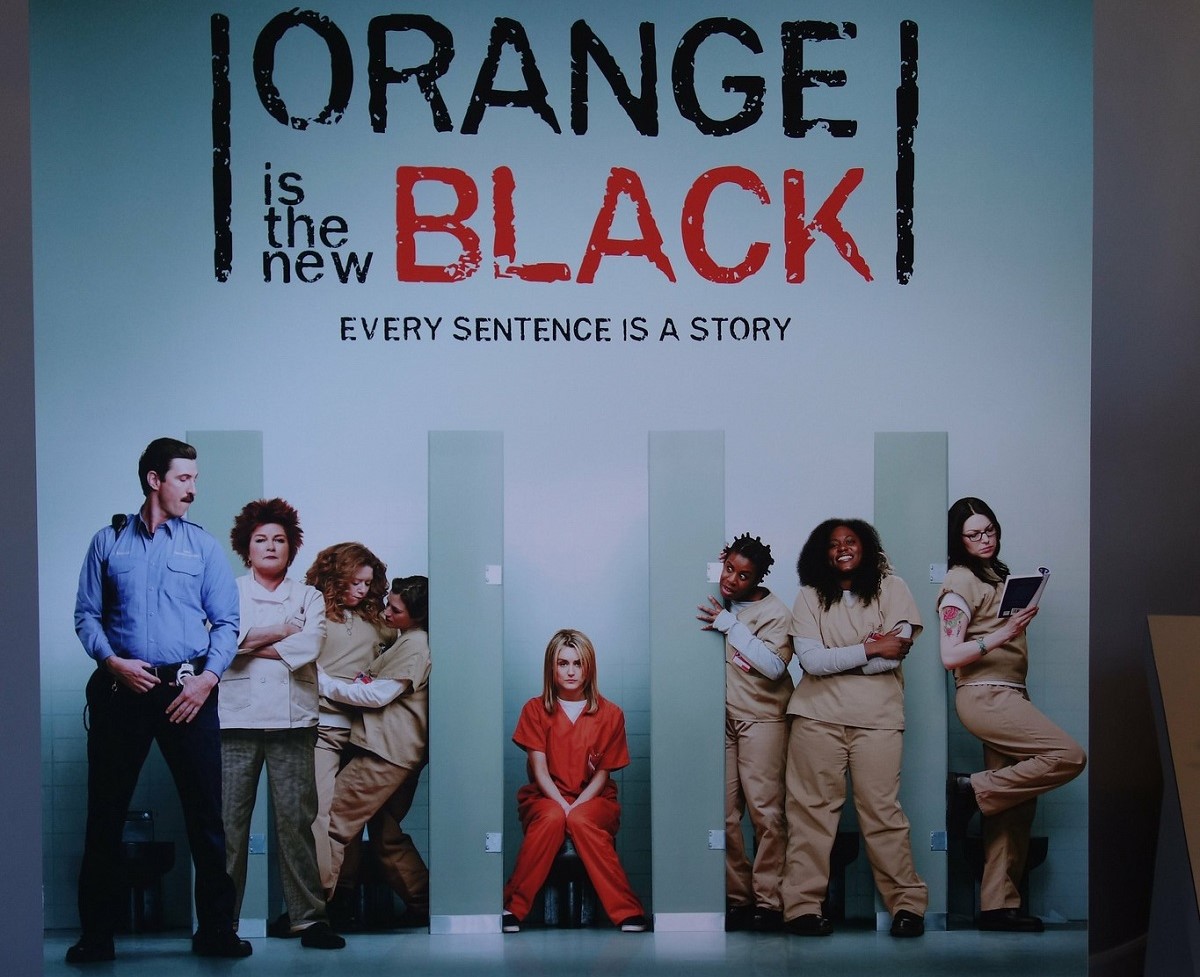 Netflix calls itself “the world’s leading internet entertainment service,” and that’s probably an accurate description, but what it doesn’t say is that it’s like an addiction. First, I confess that I’ve never tried drugs—too cheap and too scared—but I’ve seen addicts plot and plan full-time on how to get access and that’s exactly what happened to me when I discovered Netflix and the series Orange is the New Black.

About five years ago I signed up for Netflix to watch this widely acclaimed seven-season original drama about life inside the fictional Litchfield Minimum Security Prison in Litchfield, NY. I paid for at least four years and never connected or got my money’s worth. About a month ago our 12-year-old granddaughter hooked up our new television to this subscriber-supported network and it went downhill from there.

You can binge watch shows without having to wait each week for the next installment. Early and late, late and early I watched until I had watched every episode and felt every emotion the characters shared. The series was adapted from a memoir but with each episode I became more convinced that we must demand reform for prisons and the people who must live there. This series was great entertainment but the issues—false imprisonment, uneven sentencing, rape, power, gangs, abuse, drugs, suicide, snitch tactics, inadequate mental health care, solitary confinement—were very real.

Most of us think the criminal justice system works until we or our loved ones get mired in it. We believe if we’re not guilty, truth will prevail, but every week we hear about someone who was wrongly accused and imprisoned. Some even die of hopelessness before they are cleared.

As citizens in a democracy, we must care about prisoners and conditions inside if prisoners are to emerge better instead of broken and doomed to return to a life of crime.

Some of the measures private companies take to improve the bottom line—serving unrecognizable food with no nutritional value, cutting medical costs by skimping on medicines, poorly trained guards who abuse their power and treat the inmates inhumanely, closing the psych wards—violate the basic human rights of people who may be in a facility because of abuse and system failure in the first place.

The causes for imprisonment are familiar but complex– lack of education, drug manufacturing and distribution, trusting and associating with the wrong people, addiction, molestation, and exploitation. Couple these with poverty, broken families, inadequate housing, hopelessness, and poor choices and you have a recipe for capacity prison populations.

Further, the stench of incarceration lingers even after you’ve paid your debt and left the prison walls. Prisoners can’t vote in many places without petitioning to get their rights restored, and on most employment applications there’s the question about convictions and arrests. Getting a fresh start is almost impossible.

Orange is the New Black was a poignant reminder that prisoners are not faceless strangers. They are sons, daughters, mothers, and fathers, and when they are imprisoned, families and communities also suffer. Justice cannot just be for the people who can afford to buy it. Sentences have to match the crimes and be fairly meted out, and those who are imprisoned cannot be treated like animals inside and be expected to act like humans when they are released.

Prison and prisoner reform are not exciting topics, but humane treatment, fairness, justice, and freedom are at the core of all we hold dear. Now is the time to pay closer attention and ask tough questions about the rest of our family.